Blockchain could transform the coffee industry with new levels of transparency. For the first time, farmers, traders, roasters, and consumers can be fully aware of their coffee’s journey.

But what is it? And don’t you need Bitcoin? The two were created together, but they don’t necessarily need to be linked. You can use blockchain without understanding cryptocurrency.

Let’s take a look at what blockchain is and why Bitcoin keeps coming up.

Blockchain is a new technology that creates a decentralized, transparent, and secure database of information. It is basically a record of transactions that is accessible by everyone. Think of it as a 21st-century book-keeping ledger.

Each piece of information is stored independently and is also connected in a wider system – that is, to the rest of the blocks in a chain. When new data is entered into this open book, the information goes to each one of the blocks that make up the blockchain. 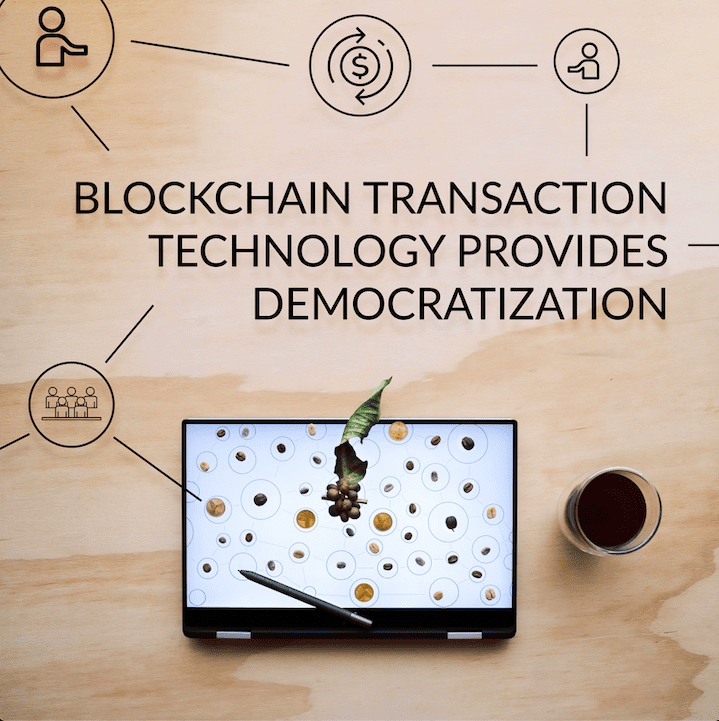 Blockchain creates a record of transactions accessible by everyone in the system. Credit: Camilo Marulanda

How Is Blockchain Related To Coffee?

Blockchain can be used to store information about the coffee supply chain. This could include where the coffee comes from, its price, who bought it, and even how long it took to get from farm to cup.

At present, each party in the coffee supply chain keeps their own records. The information that the farmer has may be different from what the roaster has. There is potential for information to be lost or modified along the way. In an industry that is increasingly looking for better transparency and equality, blockchain could be a useful tool.

Gustavo de Leon is a director of Yave, a Seattle-based company that has developed blockchain transaction technology. He is also Director of Coffee Partnerships at Agexport, in Guatemala. He told me that the main advantage of blockchain is that “all parties will have the same copy of this ledger. All parties must give consensus before a new transaction is added to the shared ledger. Transactions recorded on the ledger can never be altered.”

Whenever something is added to a blockchain, it updates all of the blocks and everyone has the same information. Nothing can be modified without everyone in the chain being aware of it. Because the blockchain is very secure, every party involved can have confidence in the information. Blockchain stores data among many computers on a network, so the mathematical puzzle and computing power required to make changes makes modification nearly impossible. 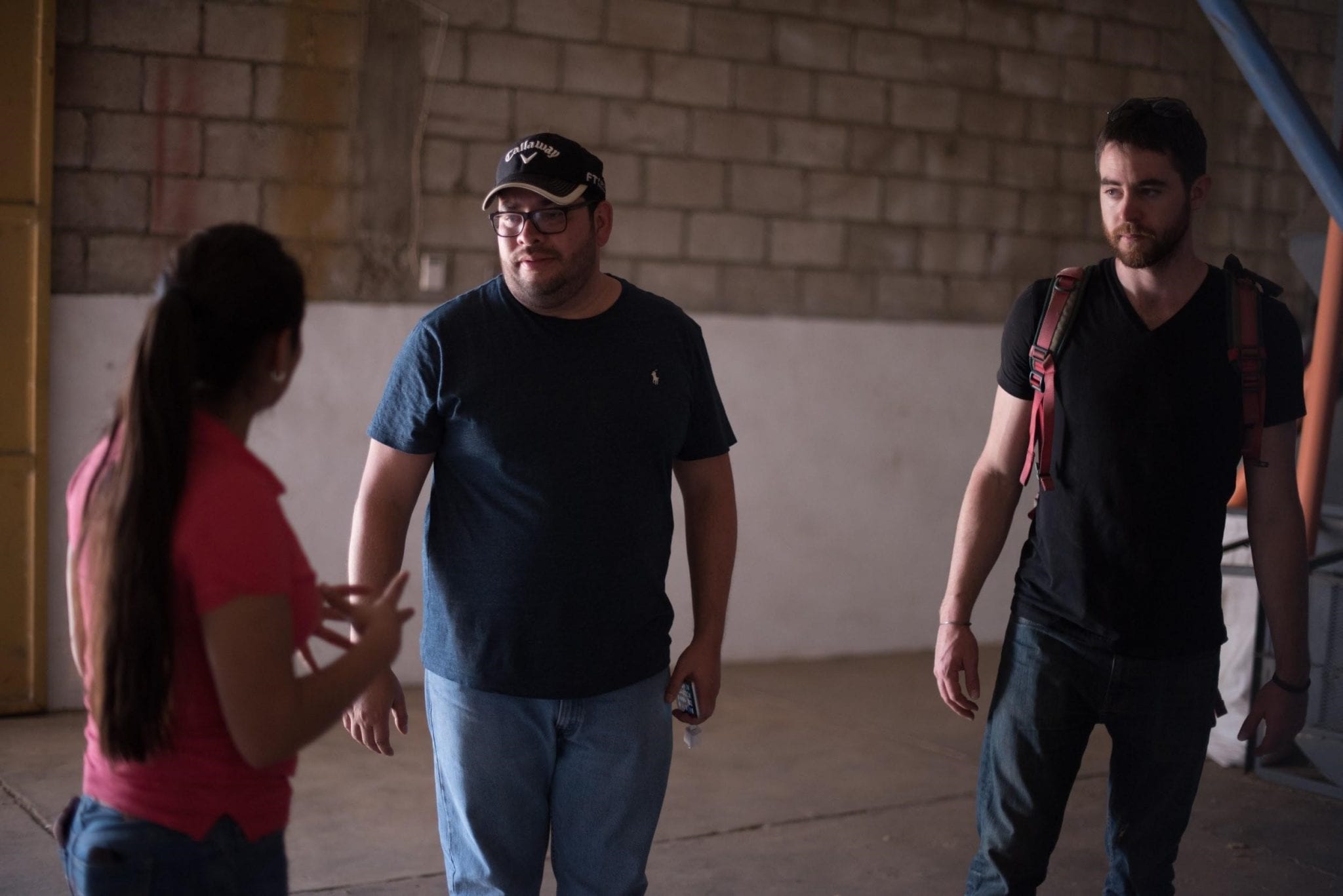 Could Blockchain Improve The Coffee Industry?

There is great potential for blockchain to improve the lives of coffee producers. Farmers could see the price of their coffee at every stage and potentially connect with buyers through blockchain-based platforms. This allows farmers to be better informed in their negotiations and more knowledgeable about the market.

Ivonne Herrera is a producer at Finca Las Parásitas in Guatemala. She tells me that the farm has successfully worked with Yave to supply coffee to Onda Origins.

She says that “one of the objectives of blockchain is to have that connection between consumer, farmer, distributor, and roaster.”

“It is an opportunity for us farmers to provide a better cup of coffee, to be known, and for you to be able to recognize our coffee,” she says (translated from Spanish). 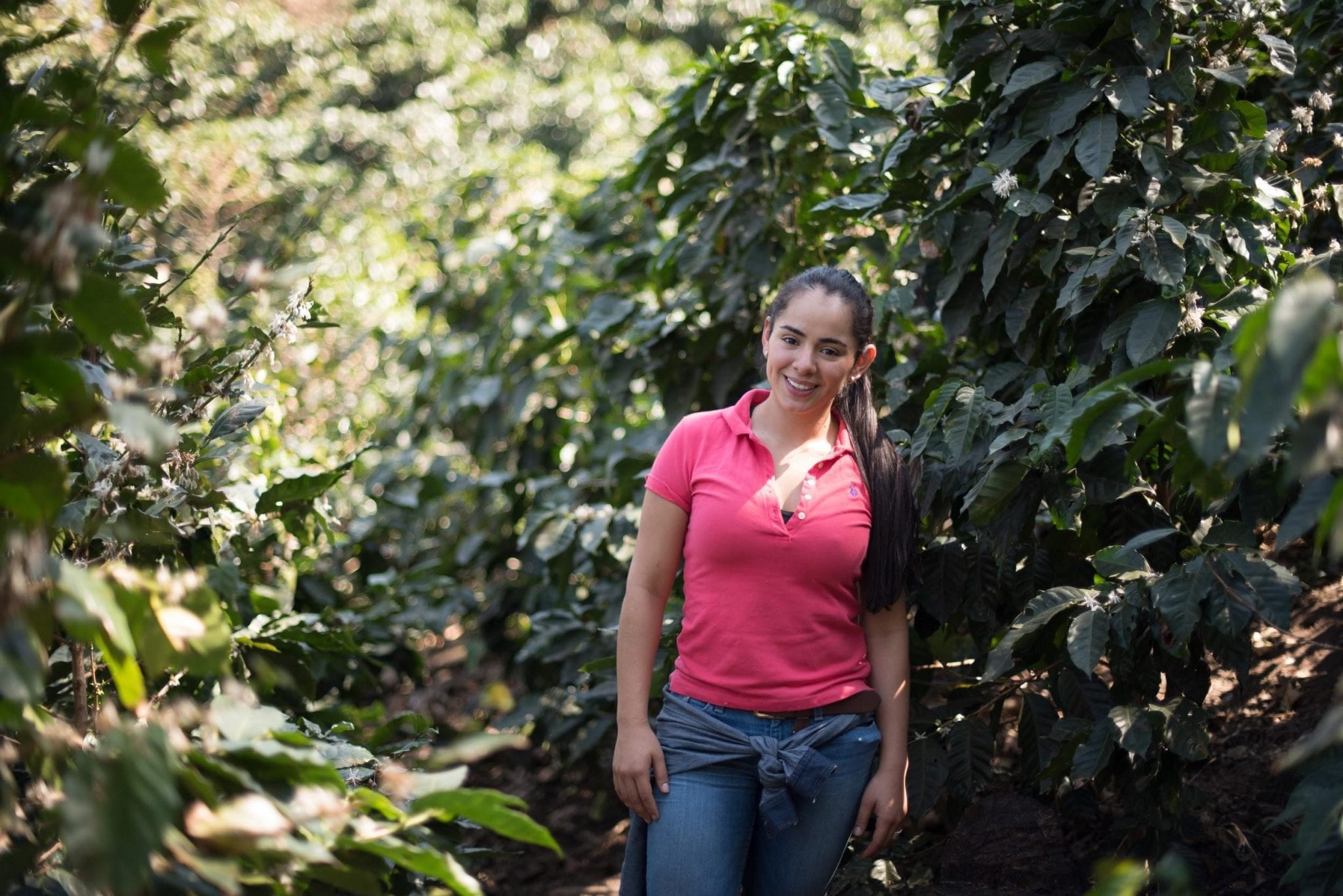 Other players in the coffee industry would also benefit from increased transparency. Roasters could have accurate data about green beans, which could influence how they choose to roast. If a problem was found with a coffee lot, it would be possible to search the blockchain records and pinpoint where fault lies.

There is also a benefit for consumers. Are you unsure of what fair trade really means or skeptical of where your coffee comes from? Using blockchain can allow a café customer to truly know the origin of their beans and be confident that they are paying a premium that benefits the producer. 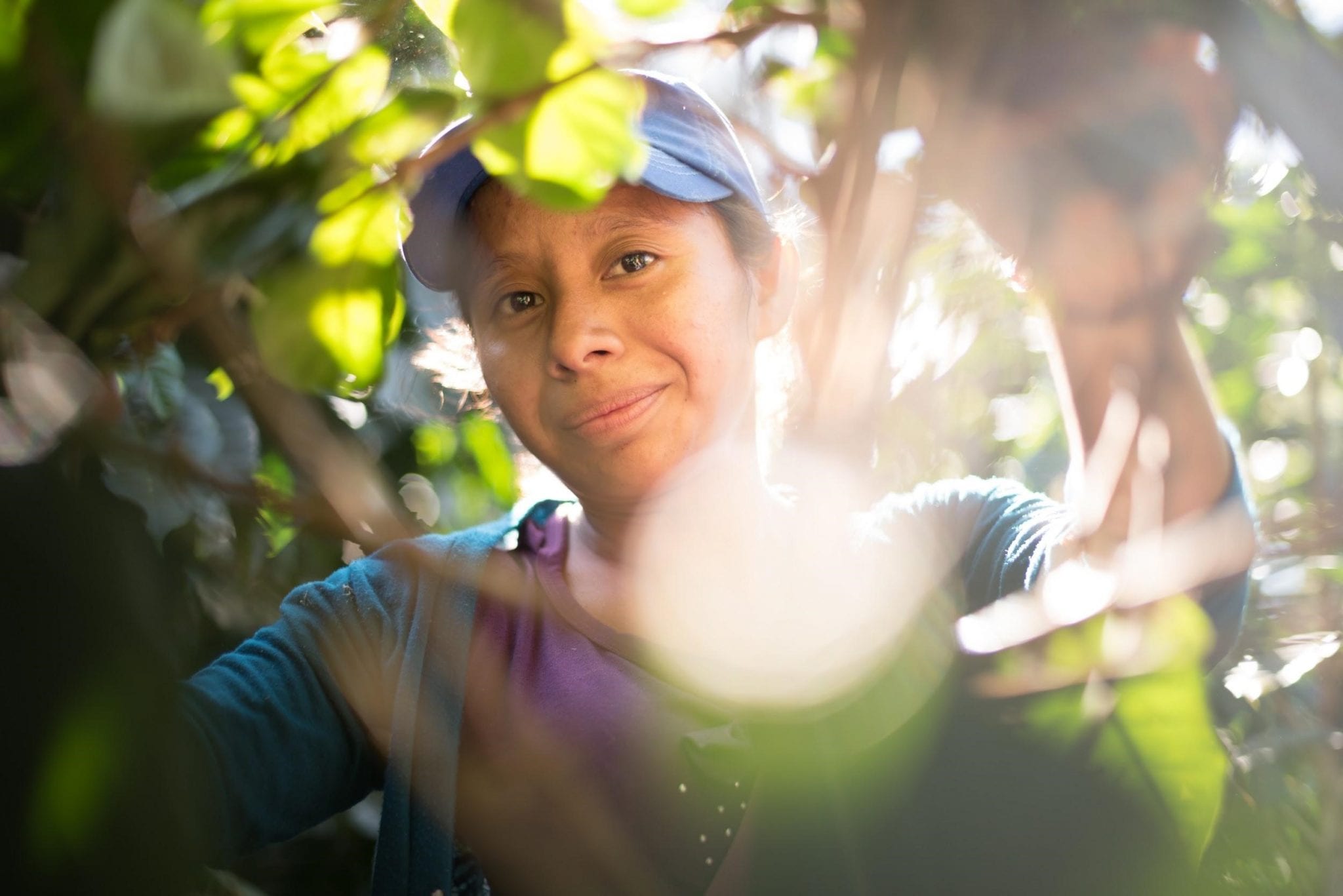 A woman picks coffee at a farm in Guatemala. Credit: Yave

To Use Blockchain, You Don’t Need Bitcoin

Blockchain was created in conjunction with Bitcoin and the two have become confused. But you don’t need Bitcoin to use blockchain.

Bitcoin is a type of cryptocurrency (essentially virtual money) and it was the first application of blockchain. Because of this, some people have understood Bitcoin to mean blockchain and there is still some confusion about whether cryptocurrency is needed to use blockchain.

Scott Tupper is the founder of Yave. The company uses blockchain transaction technology to provide transparency for coffee growers. The platform also allows automatic digital payments in conjunction with trade. But you don’t need Bitcoin to make or receive payments.

He tells me that “you absolutely do not need cryptocurrencies to enjoy the benefits of blockchain.” 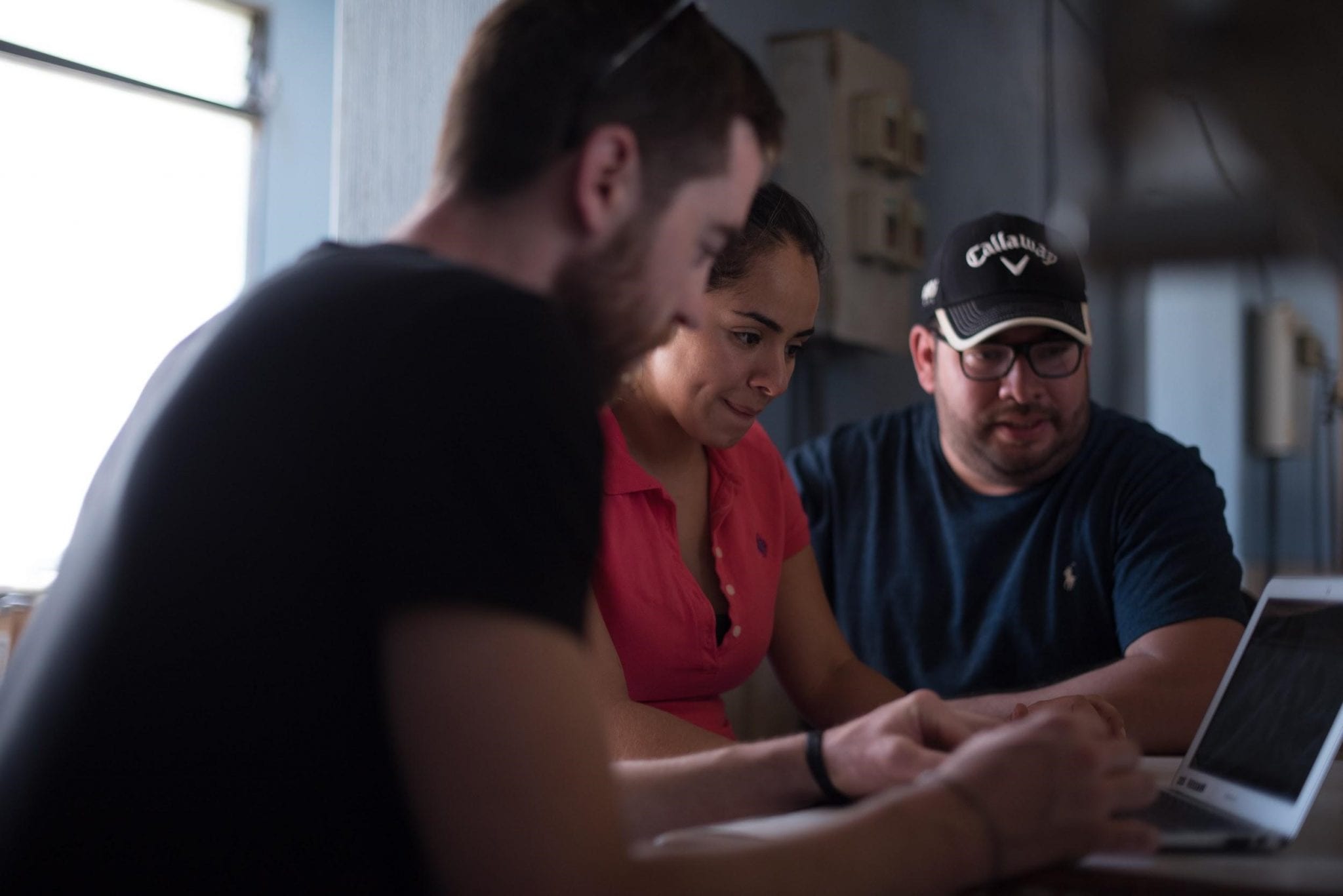 Scott explains that blockchain is a distributed, encrypted database. “These databases are the necessary infrastructure for use cases such as cryptocurrency, but they also enable all kinds of transactional information that’s not cryptocurrency to be shared securely across systems,” he says.

He compares what cryptocurrency is to blockchain as squares to rectangles. “Squares are rectangles because they use the exact technical specs of a rectangle (four sides and 90 degree angles). But not all rectangles are squares, because, as we know, squares have four perfectly even sides and rectangles often do not,” he explains.

“Assuming that cryptocurrency is the same as blockchain… would be the same as an alien landing here, reading half of the definition of squares, and assuming that all TV manufacturers, carpenters, and car chassis designers are creating square products.”

So, in simple terms, Bitcoin uses blockchain to be transparent and secure, but you don’t need to use Bitcoin to use a blockchain platform.

Yave, in cooperation with Guatemalan Coffees, is organizing the world’s first coffee blockchain auction in May 2019 at the Producer & Roaster Forum. Roasters can sign up online with Yave to register interest. Those unable to attend in person can register online to receive cupping kits and bid virtually 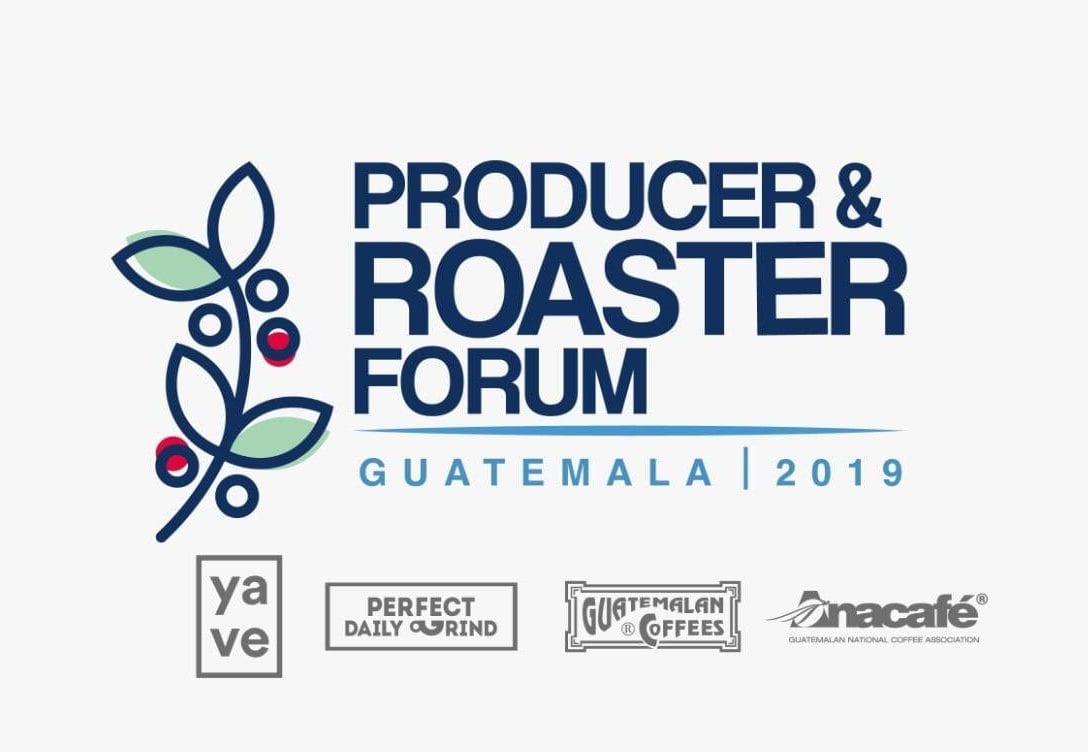 The Future Potential of Blockchain

Beyond transparency around pricing, blockchain has the potential to revolutionize the whole coffee industry.

Imagine if roasters could connect to machines on a farm. The whole chain could know when cherries were picked from a tree and, potentially, whether they were at the right level of maturity.

With technological advances, the chain could also know if the cherries were fermented at the preferred temperature, or even if the storage atmosphere was the right level of humidity

We could know if the farm is organic, the type of fungicides it uses, and the percentage of varietals it grows. This is not today’s use of blockchain, but the potential for this kind of knowledge sharing is there. 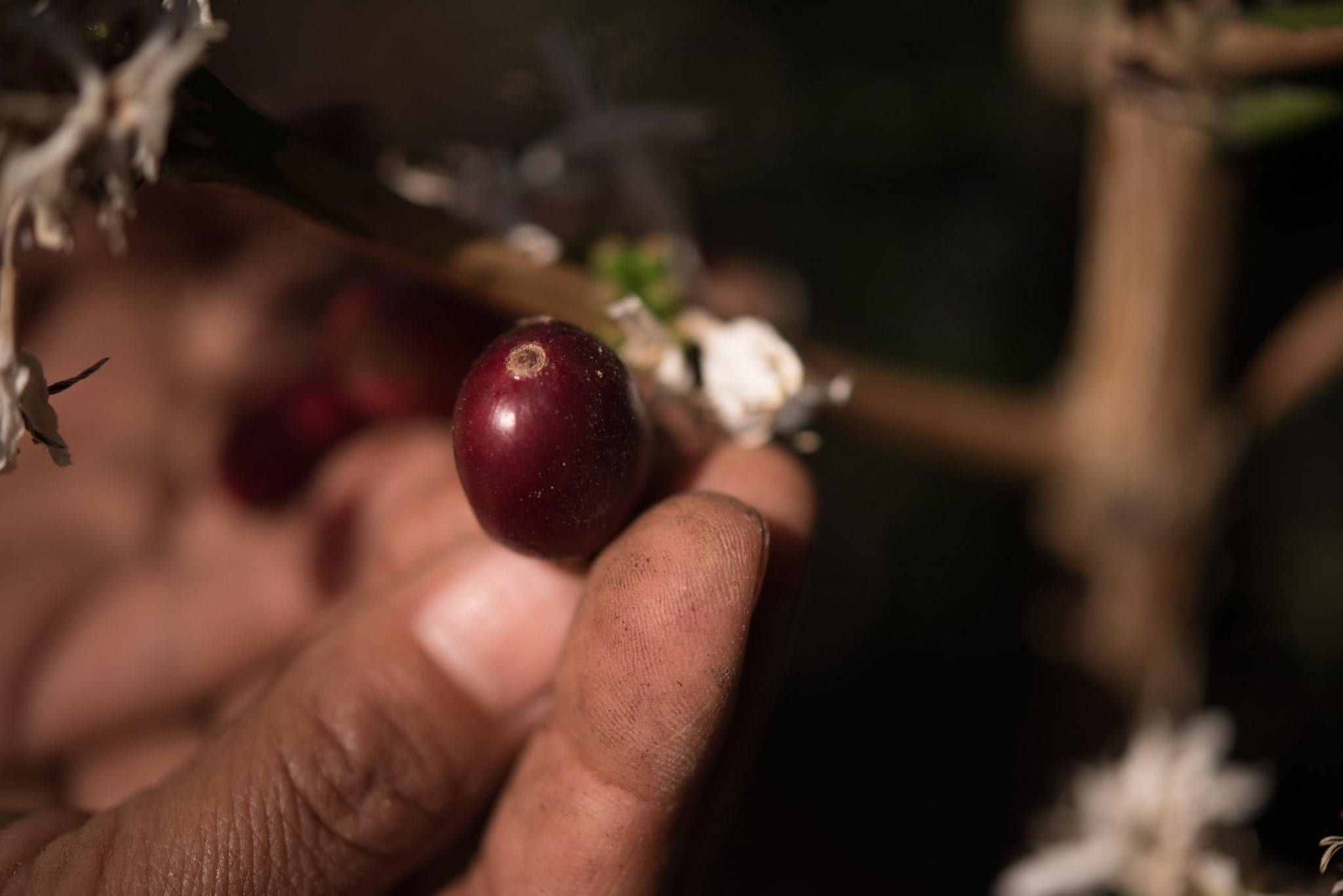 A Tool For Revolution

Blockchain has the potential to improve a complicated and unequal industry. By creating a more transparent and secure network, it could change the lives of producers.

If the industry embraces this technology, it could eventually lead to the decommodification of coffee and farmers would no longer depend on unstable international coffee prices.

Through increased transparency, blockchain also has the potential to improve coffee quality across the board and allow consumers to make more informed choices. And it doesn’t necessarily need to include Bitcoin.